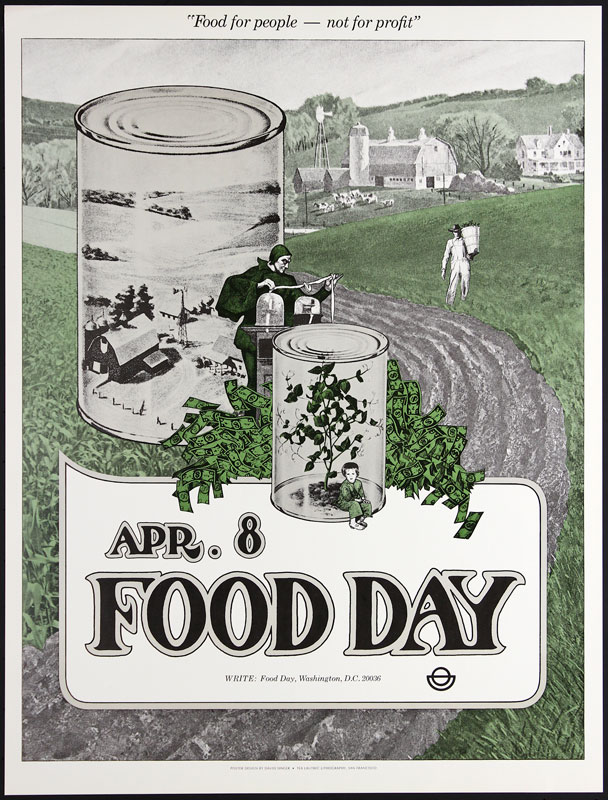 Food Day in the United States is celebrated annually on October 24 and oftentimes throughout the month. The holiday was initially started in 1975 by the Center for Science in the Public Interest in an attempt to create an event similar to Earth Day. Food Day in the U.S. was created to raise awareness about the increasing industrialization of American agriculture, raising food prices, hunger, and the American diet and health crisis. In the U.S. it only lasted until 1977, until 2011, when CSPI revived the National Food Day campaign. The Food Day initiative is now run by Food Day.org within CSPI.
At the top of the poster is the official slogan of Food Day - Food for People, Not for Profit.