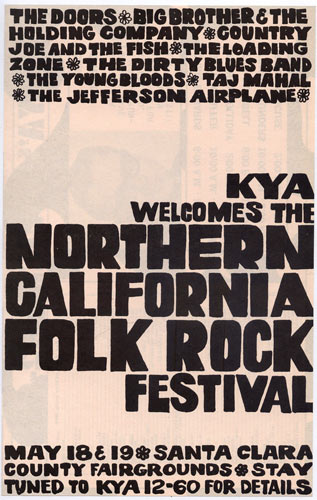 This is an extremely scarce radio station issued handbill for the Northern California Folk Rock Festival. Notice the difference in the lineup between this one and the yellow version. Bands were apparently being booked up to the last minute which helps to account for the Grateful Dead not appearing on either the poster on the handbills although they actually played.