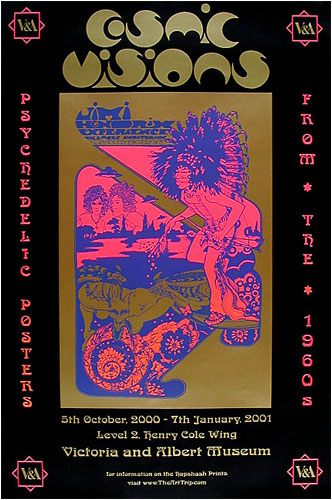 $75.00
This was the official Exhibition Poster for the show of 1960's psychedelic posters by Hapshash and the Coloured Coat that was presented at London's Victoria and Albert Museum. Printed to the highest standards of the silk screener's art with rich metallic gold and vibrant day-glo colors, the central image is the poster commissioned by Jimi Hendrix from Hapshash and the Coloured Coat on the occasion of his first appearance at the Fillmore Auditorium in 1967.