Bursting on the scene in 1976 with his debut album George Thorogood and the Destroyers, hard-rocking guitarist Thorogood became known for his fiery bottleneck playing and authentic blues-rock sound. With hits such as "Madison Blues," "Who Do You Love?" and "Move It on Over" he proceeded to forge a distinctive career both in recording and touring, most notably with his 50/50 Tour in which he played all 50 states in 50 days. His Bad to the Bone album and the resulting single of the same name became his best-known work, receiving substantial airplay and use in film and television. 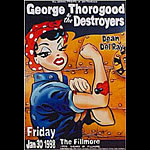 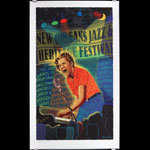 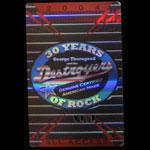