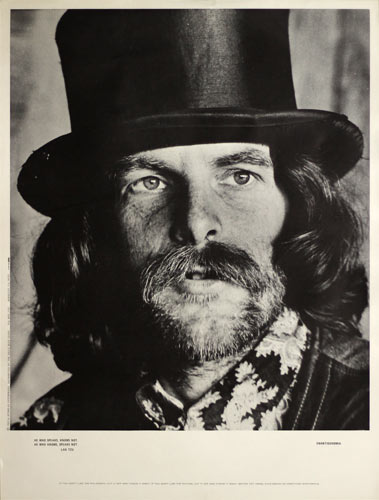 $50.00
Copyright 1969 by Humbead Enterprises - Distributed by The Jolly Blue Giant

Dr. Humbead's New Tranquility String Band and Medicine Show performed at the Sky River Rock Festival in 1968 and 1969. The band consisted of Sue Draheim, Jim Bamford, Mac Benford, and Will Spires and owed its name to their manager and sound man Earl Crabb (aka The Great Humbead); by the time Mike Seeger arranged for them to be recorded for the Folkways BERKELEY FARMS album in 1970, they'd shortened the charming but cumbersome name to simply The New Tranquility String Band.They also appeared at the 1969 Third Annual San Diego State Folk Festival. Links to recordings of their performance there are provided on folkartsrarerecords.com's website.