Big Star was formed in Memphis in 1971 by Alex Chilton, Chris Bell, Jody Stephens and Andy Hummel. Chilton had previously gotten attention as lead singer with The Box Tops and their hit "The Letter". Their power pop style was highly favored by critics; despite this, their records didn't sell well due to under-promotion. Nonetheless, the band helped to start a very successful solo career for Alex Chilton, who remained active all the way up to his death in 2010. 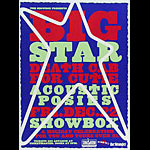 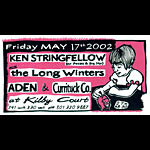