Asleep At The Wheel Posters

This award-winning band was formed in 1969 and crossed Americana, swing, roots music, and country-rock genres. Moving from Oakland, California to Austin, Texas in 1974 at the suggestion of Willie Nelson, the band released their second album, Asleep at the Wheel, to critical acclaim. In 2009 they released Willie and the Wheel, a concept album created with Willie Nelson, which was nominated for a Grammy Award for Best Americana album. 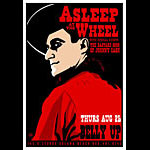 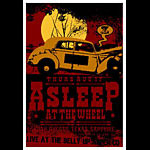