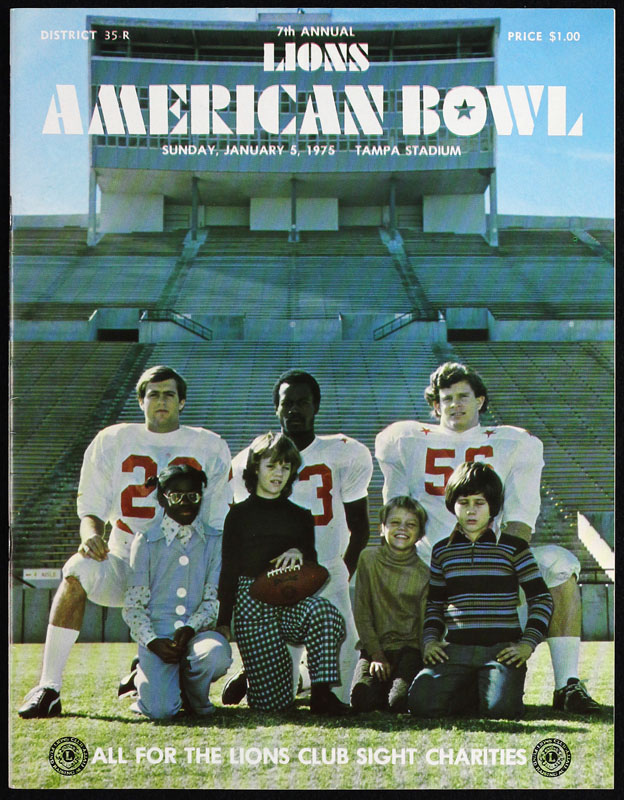 $50.00
In the 7th annual Lions American Bowl on January 5, 1975, the South all-stars came into the game as a 14-point underdog against the best of the North. Winless in the series since 1970, few gave the South a chance. Even so, the South did have a chance because of a weapon on their roster known all-too-well to football fans in Tampa: quarterback Freddie Solomon.
The star quarterback from the University of Tampa would play the last game of his amateur career on the same field where he left an indelible mark on the sport. It would give Solomon, an almost-certain first-round NFL Draft pick, one final chance to showcase his skills.
In front of an announced crowd of 19,240 at Tampa Stadium, the South defied the odds and triumphed over the North, 28-22. How the South won, however, is more interesting than the fact that it actually won. Solomon almost single-handedly delivered the victory for his team.
He led the South on all four of their touchdown drives, covering 70, 65, 68, and 50 yards, even while splitting time at quarterback with Rockey Felker of Mississippi State and Chris Kupec of North Carolina.
Solomon made enough of an impression over the course of his college career to be selected in the 2nd round of the 1975 draft by the Miami Dolphins. He was not drafted, however, to play quarterback. Miami drafted Solomon with the idea of converting him into a wide receiver and kick returner.
Over the course of an 11-year pro career, three with Miami and eight with San Francisco, Solomon proved he could play those positions, too. He amassed 48 offensive touchdowns and five on special teams while becoming one of Joe Montana's favorite targets