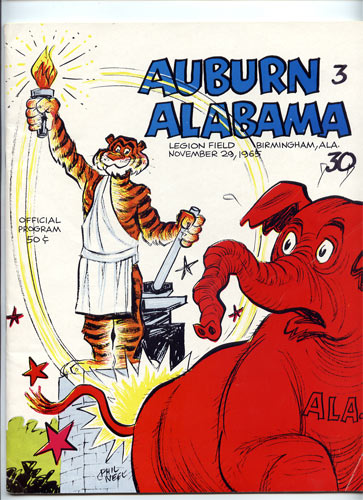 $200.00
Alabama Orange Bowl Champs
Auburn Liberty Bowl Team
The Crimson Tide won the 1965 Iron Bowl and once again won a national championship but this time the Associated Press voted after the bowl games and it took a 39-28 Tide win over Nebraska in the Orange Bowl to put Bama at the top of the poll. Auburn, after a 30-3 loss to the Tide, went on to the Liberty Bowl.