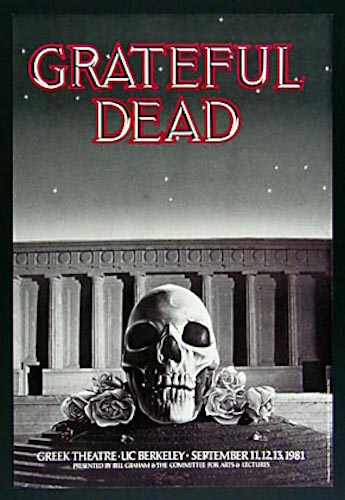 $400.00
This is an extremely scarce poster for the Grateful Dead at the Greek Theatre, UC Berkeley September 11-13, 1981. It was made by the Associated Students of the University of California to promote the event. However, the Dead had not approved the image and ordered them to be destroyed. Few copies remain.