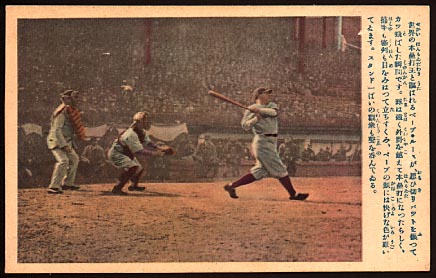 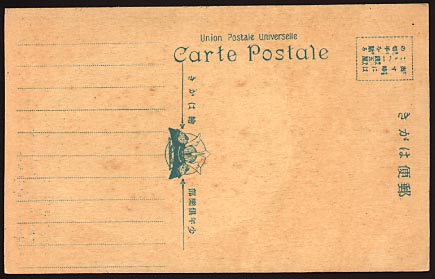 1931 marked the first American All Star tour of Japan. Although Ruth was not present until the 1934 tour, his reputation preceeded him and he is here proclaimed the"World Home Run King". It was Ruth's great charisma and showmanship on the field that inspired the founding of the first Japanese professional baseball team in 1936. Part of a set of premium postcards issued in conjunction with a children's magazine, Ruth is the only non-Japanese subject, a tribute to his great popularity in Japan. Two small areas of slight paper loss in the text area. Exceedingly rare.